POLICE REPORT: Only 54% of ‘immediate’ calls attended in 15 minutes 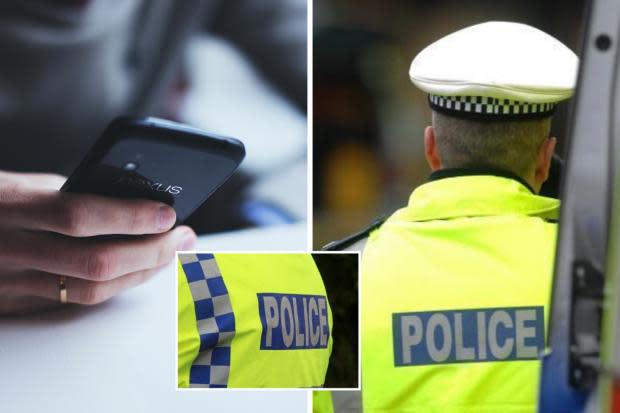 POLICE REPORT: Only 54% of ‘immediate’ calls attended in 15 minutes

ONLY half of incidents requiring an immediate police response were attended within the 15 minute deadline, an inspectorate report found. Her Majesty’s Inspectorate of Constabulary found that the number of police officers across the Thames Valley was ‘insufficient’ to meet demand. In its report, which has been published today, the inspectorate warned that workloads for response officers and control room staff ‘wasn’t always manageable’.

Some detectives and investigators reported having an ‘unmanageable’ workload, some units were consistently seeing officers work 30 hours’ overtime each month and other staff were taking laptops home to work unpaid out-of-hours. READ MORE: Inquest opens into death of man found on M40 However, there had been improvements since it was graded inadequate in 2019.

Its performance was rated ‘good’ in three areas, ‘adequate’ in four and ‘requires improvement’ in how it responded to the public and its use of resources. Inspector of Constabulary Roy Wilsher said: “We are encouraged to see the efforts it is making to make sure that it is treating people both inside and outside the force fairly. The work it is doing in communities to attract people from ethnic minority backgrounds to join the force is noteworthy and there is a proactive approach to the wellbeing of the workforce

“But, despite these positive elements, we found that the force is struggling to meet some of the demand in a timely way. It now records more crime than before. “Combined with recent changes to the way cases are prepared, this means officers are busier than they were, while some aspects of policing have become more complex.

“At the same time, the force is bringing through new, inexperienced staff, who require more training and supervision.” READ MORE: Rapist who killed friend during Witney police chase is jailed Data from the 12 months to July 2021 showed the force was meeting a target to attend incidents requiring an immediate response within 15 minutes on just 54 per cent of occasions.

Story continues
Only 38 per cent of ‘urgent response’ incidents were attended within the target time of 60 minutes. Police officers on response shifts and staff in the control room reported ‘unmanageable’ workloads.

Emergency call handlers, who were struggling with a new computer system, reported concerns they ‘might overlook something important’ because of the number of calls they received. “Figures from the force indicate that many of the response teams are working excessive overtime, which indicates that the pressures are a problem,” the report added. READ MORE: Grieving daughter wins challenge to government covid policy

Concerns around ‘unmanageable’ workloads were echoed by other departments, including teams tasked with investigating domestic abuse allegations. Although the force was said to have no shortfall of investigators, there remained an ‘over-reliance’ on overtime. The force was praised for offering wellbeing and support programmes to its staff and officers, but inspectors added that many were ‘too busy to use it’.

For Thames Valley Police, Deputy Chief Constable Jason Hogg said: “We thank HMICFRS for its feedback, which it’s important to consider in context with two key factors; a change to the grading system and the unprecedented policing landscape in which we have been operating throughout the pandemic. “At the time of this inspection, Thames Valley Police had been operating during the pandemic for over a year, going on to respond to nearly 65,000 Covid-related incidents in an 18-month period. “Despite all of these challenges, no areas of Thames Valley Police were considered ‘inadequate,’ and I am immensely proud of our officers and staff for their tireless work in protecting the public, which has kept our communities safe during these extraordinary times.

“However, to continue to deliver an effective and efficient policing service, we must strive to continually improve in all areas across the force. The findings of this PEEL report enable us to do this, together with learnings taken from national issues that rightly challenge us to reflect on how we best service our communities within the Thames Valley.” Keep up to date with all the latest news on our website, or follow us on Facebook, Twitter and Instagram

For news updates straight to your inbox, sign up to our newsletter here Have you got a story for us?